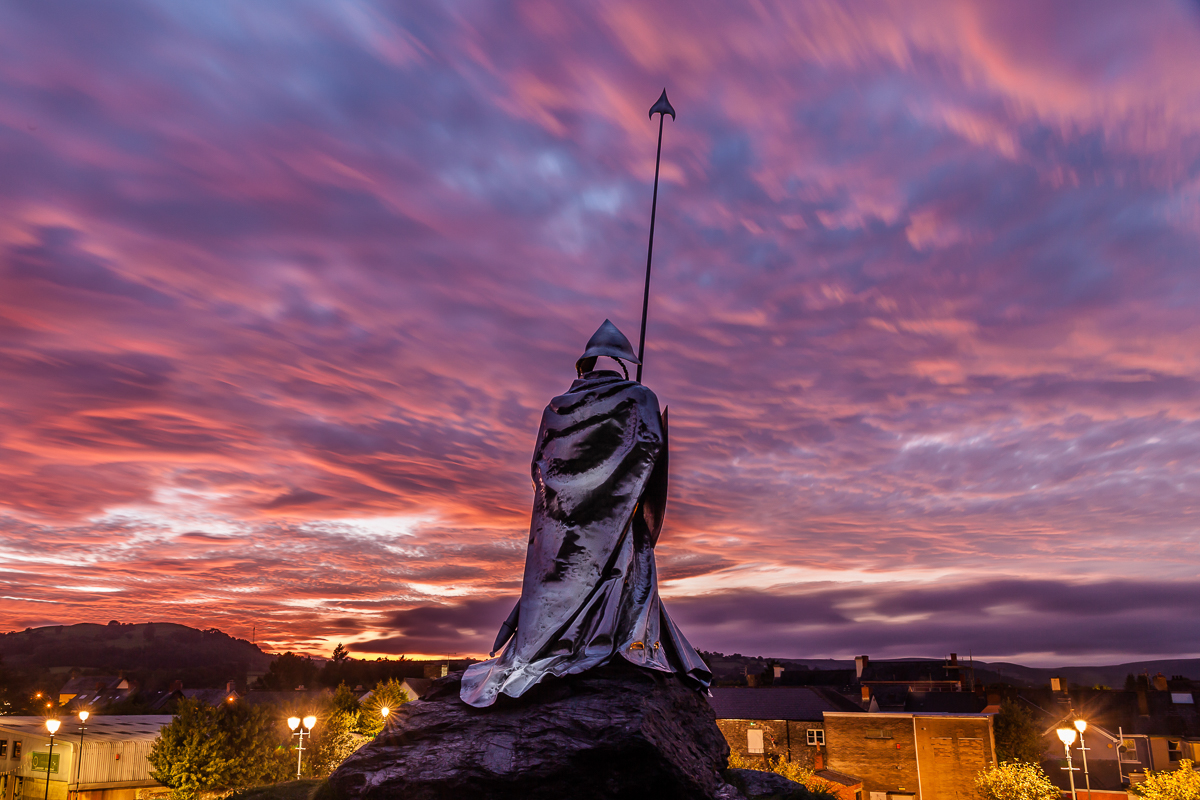 This amazing statue of Llewelyn ap Gruffydd Fychan was erected in 2001 on the castle mound overlooking Llandovery.

I have to admit, like many others in Llandovery I had no idea who Llewelyn ap Gruffydd Fychan was, so a little research was needed. Looking at this 16 foot cloaked figure armed with a shield, sword, spear and helmet I was expecting a story about a warrior that triumphed single handedly in some great battle.

What I discovered at first was not what I was expecting, to be honest there was not a lot to be discovered, he was an almost unknown man. After some serious tapping on the keyboard I found out a little more about this little known figure that now watches over our small town of Llandovery.

In the summer of 1401, on the slopes of Pumlumon, Owain Glyndwr crushed Henry the IV’s army after they invaded to take down the treasonous Welshman. After the colossal loss, King Henry led a huge army to Wales, arriving in Llandovery, to capture this meddling countryman prince.

It was here that the English military met a 60-year-old man. A land owner from Caeo (Caio), his name was Llywelyn ap Gruffydd Fychan and the English army strongly suggested he assist them in helping locate Owain Glyndwr, Llywelyn agreed. Little did the English know, Llywelyn had two sons in Owain’s army and was not about to betray Wales, its people or Owain.

Soon after, the king realised that Llywelyn was not taking them to their man. As punishment for his actions, Llywelyn was condemned by the English king to be executed in the town square of Llandovery. This was no graceful death, he was disembowelled and dismembered in front of the castle gates for all to see. He was then beheaded and quartered, the salted quarters were dispatched to other Welsh towns for public displays.

Maybe he didn’t die as a hero whilst in battle in our Welsh hills or live the life of a great warrior. He did however still die as a hero, his actions like many other Welshmen helped Owain Glyndwr evade capture and until his death Owain was never betrayed. This itself was a testament to Owain’s status and the love and faith the Welsh had for him. 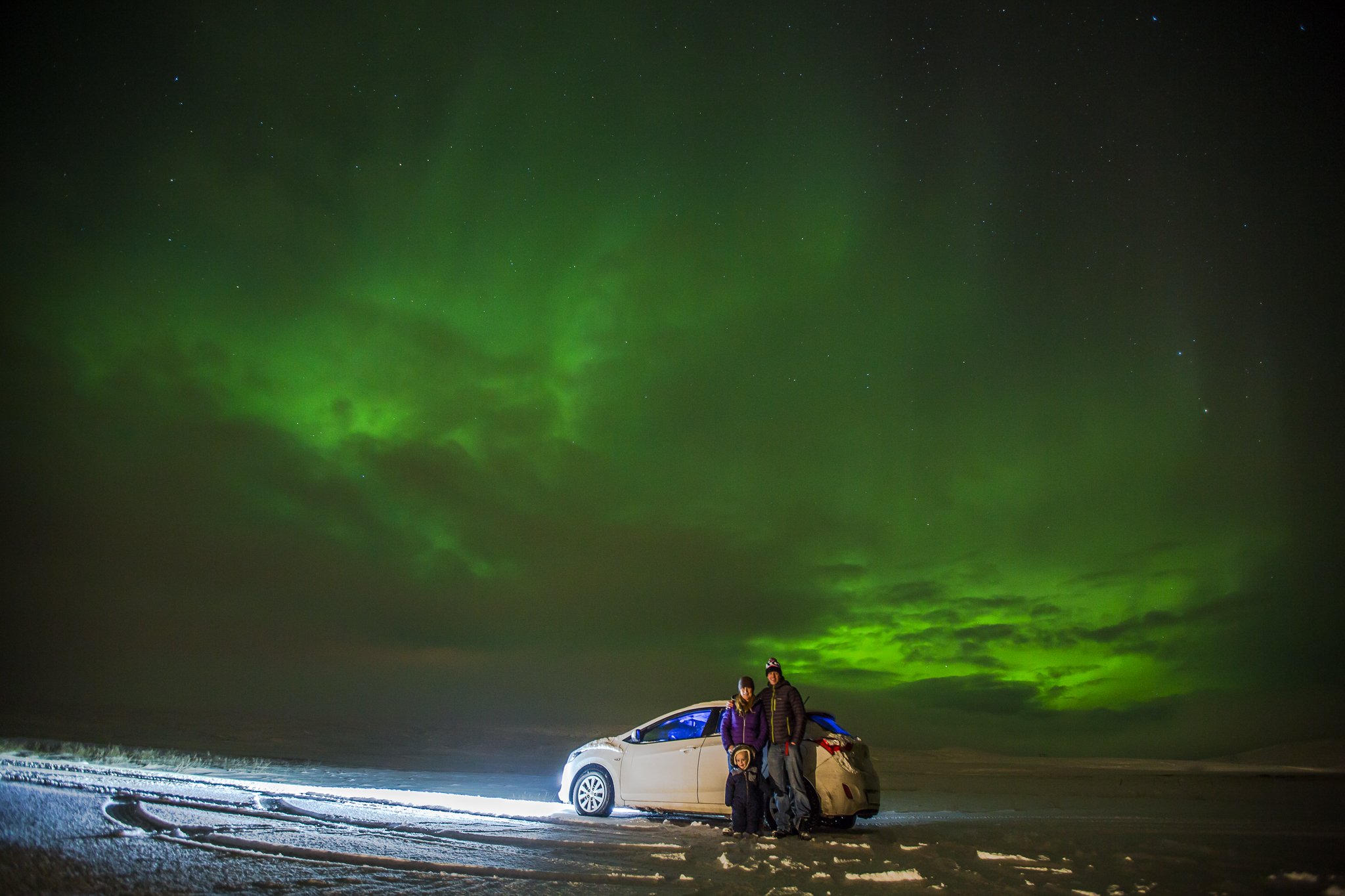 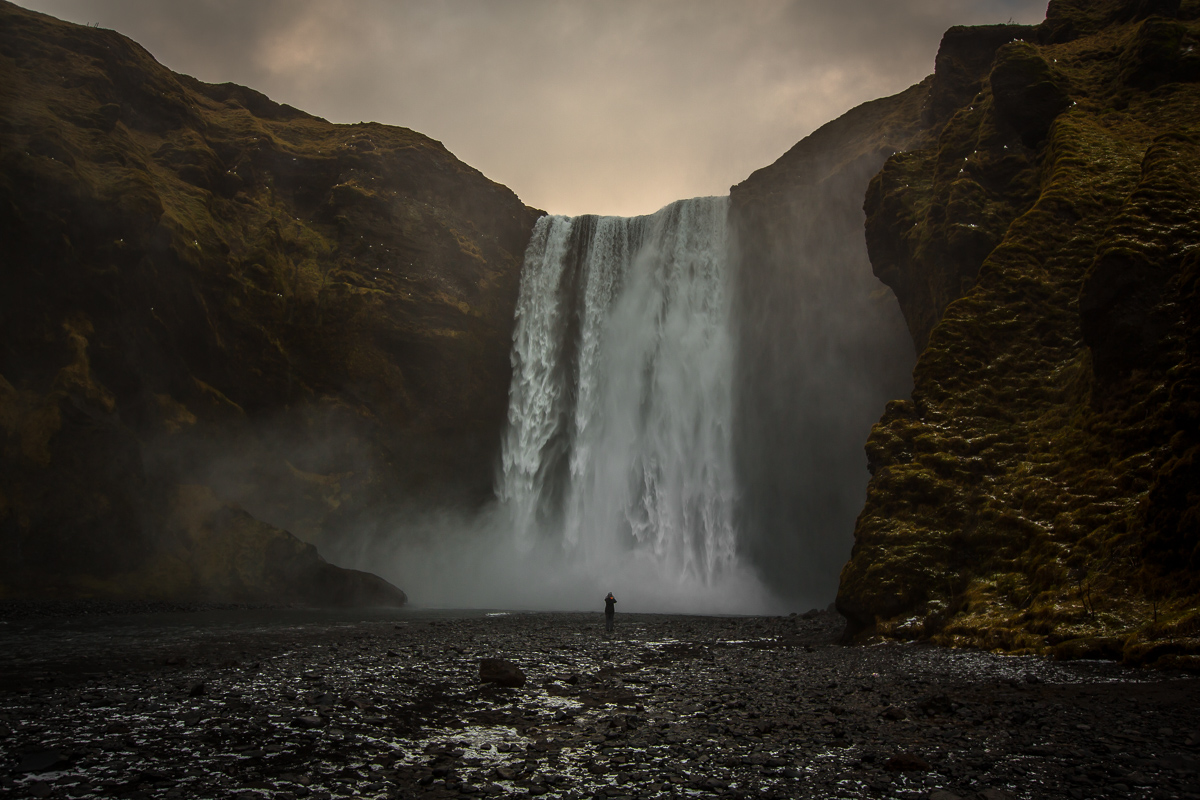